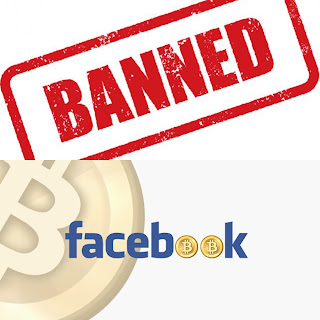 Today Facebook issued a statement banning crypto advertising. It is a broad sweeping policy aimed at cracking down on all crypto advertising without discretion. You can blame the scammers for ruining the party, but the reality is that that Facebook is the 800-lb gorilla and this is yet another sell signal in the long-term down trend of crypto. You know what they say, "the trend is your friend"

TRX drops 50% Quick post regarding the investor presentation by Tron (TRX) CEO Justin Sun on 1/6/2018. After years of listening to stock market conference calls and watching investor relationship presentations, this was my first such "cryptocurrency" one.  This wasn't nearly as polished as a conference call in terms of presentation but then again it represents what crypto is all about to some extent. Quick observations Investor Highlights - Justin looked tired, you could see it on his face. The good news is anyone investing in TRX would want someone to look tired at this point. The space is moving so fast and who can afford to sleep. I gave him a pass. - Justin was a bit discombobulated at times, but I am not sure how much that has to do with (1) how tired he was and (2) the fact that English is definitely not his first language. I give him another pass. - There were no major revelations that were discussed which was a investor disappointment. - Justi